From Cyberpunks to Nation States

Bitcoin is legal tender. These are words we didn’t really expect to hear in 2021. Yet, somehow, on the 8th of June 2021, in Central America, the country of El Salvador passed a bill that officially recognises bitcoin as legal tender in its country. It took 12 short years to go from the online chatrooms of Cyberpunks and computer scientists to nation-state money. To say we are proud is an understatement. 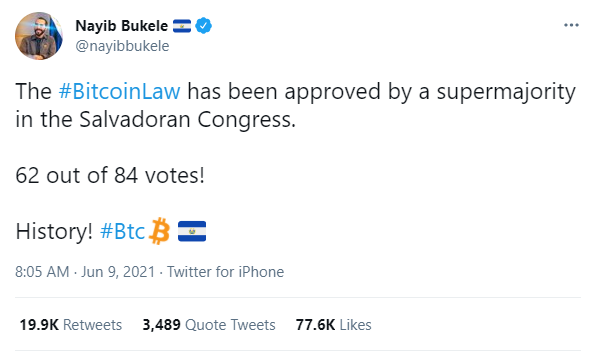 Today, we will discuss what this means for El Salvador, bitcoin and the implications of its legal standing across the globe.

Let’s start with what this means for El Salvador and how it will work. Under the new law, “every economic agent must accept bitcoin as payment when offered to him by whoever acquires a good or service”. This is the basic idea of legal tender, but it does extend beyond this. The bill that passed stipulates how and when bitcoin can be used. Below are excerpts from the bill that address these issues:

Art. 1. The purpose of this law is to regulate bitcoin as unrestricted legal tender with liberating power, unlimited in any transaction, and to any title that public or private natural or legal persons require carrying out.

Art. 2. The exchange rate between bitcoin and the United States dollar, subsequently USD, will be freely established by the market.

Art. 3. Prices may be expressed in bitcoin.

Art. 4. Tax contributions can be paid in bitcoin.

Art. 5. Exchanges in bitcoin will not be subject to capital gains tax, just like any legal tender.

Art. 6. For accounting purposes, the USD will be used as the reference currency.

Art. 7. Every economic agent must accept bitcoin as payment when offered to him by whoever acquires a good or service.

The bill also continues to address practical considerations that may arise when using bitcoin as money. They make an exception for “those who, by evident and notorious fact, do not have access to the technologies that allow them to carry out transactions in bitcoin are excluded from the obligation expressed in Art. 7 of this law.” What is also extremely important is that they educate their civilians on how to use bitcoin and its supporting technology properly. They intend to do this as the “State will promote the necessary training and mechanisms so that the population can access bitcoin transactions”.

In addition to this, as the dollar is also recognised as legal tender in the country, some public and private parties may want to receive dollars instead of bitcoin. The Salvadoran government has put effective measures in place to address these concerns and try to make the transition for people more seamless.

Art. 8. Without prejudice to the actions of the private sector, the State shall provide alternatives that allow the user to carry out transactions in bitcoin and have automatic and instant convertibility from bitcoin to USD if they wish.

They will achieve this by establishing a $150 million trust at the Development Bank of El Salvador. This should address the concerns some people may have regarding its volatility and deem it too risky to hold on their balance sheets. This approach should promote an organic adoption of bitcoin in the country.

When you consider the fact that around 70% of Salvadorans are unbanked, you begin to see the extensive applications of this technology and how it can completely transform the country and provide the necessary infrastructure it has been lacking.

The Salvadoran government has also made plans to start bitcoin mining operations using its vast reserves of clean, renewable, zero-carbon geothermal power. It is estimated that two-thirds of El Salvador’s geothermal energy is untapped. According to the president, this is due to the high cost of transporting the energy to cities. If they redirected this to mining operations, they could power at least 3 to 4 percent of the network.

What does this adoption mean for other countries across the globe from a legal standpoint? This varies from country to country and can become rather complicated. Let’s take Swiss law as an example; currently, it is viewed as a pure payment token and viewed as a debt in kind. This means that creditors will owe a certain amount of bitcoin independent of their fiat value. It becomes more complicated when a country recognises it as legal tender. In any country that recognises El Salvador’s sovereignty, bitcoin essentially becomes a foreign currency. This means if you sell your house for bitcoin, it may be considered a debt in foreign currency. There are also a couple of other views on the way it could be treated. However, what this all boils down to is that governments and regulators worldwide need to step up and issue clarifying statements around the status of bitcoin within their own country.

This bill will create a historical use case from a monetary and legal perspective. Suppose the bitcoin law and implementation are successful within El Salvador. In that case, the country will have now proven that it is possible to use bitcoin as both a store of value and a medium of exchange at a sovereign nation-state level. This will pave the way for a future where we may just see a global Bitcoin Standard arise. 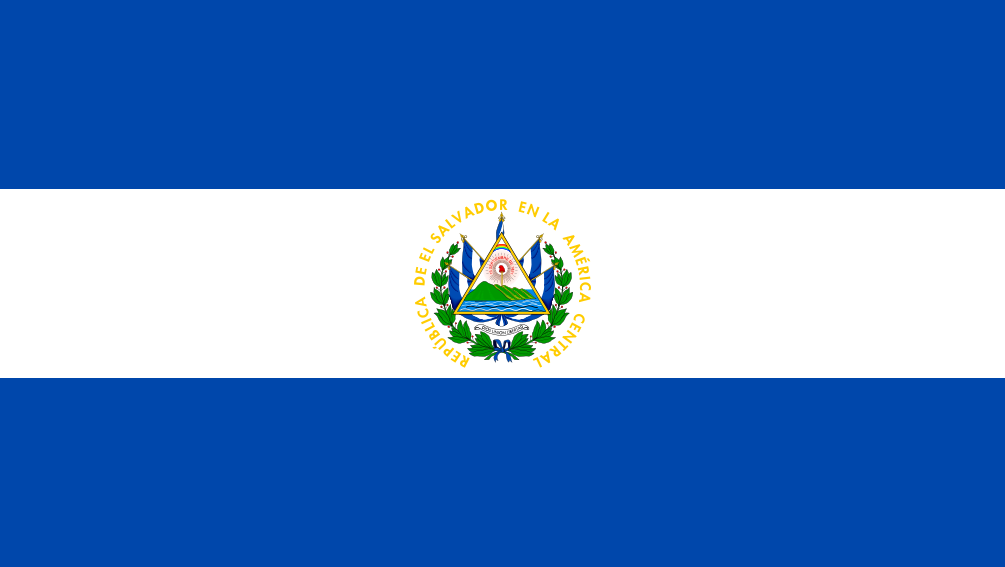 About the Author: user